Red Miller worked at Ludwig and Marglin for about a decade around the 1970s before passing away from a heart attack. It’s unknown where Red is buried. Now his spirit is said to hang around the shop, occasionally tossing leather pieces around and rattling the rope cow halters he loved making in life. Red could even be the reason for the mysterious Ludwig and Marglin fire of 1982. Helen Opellt, who has worked at the shop for over thirty years, says she’s witnessed some of Red’s antics herself. “He doesn’t like it when I make the cow halters,” she says. “That was his favorite project.” 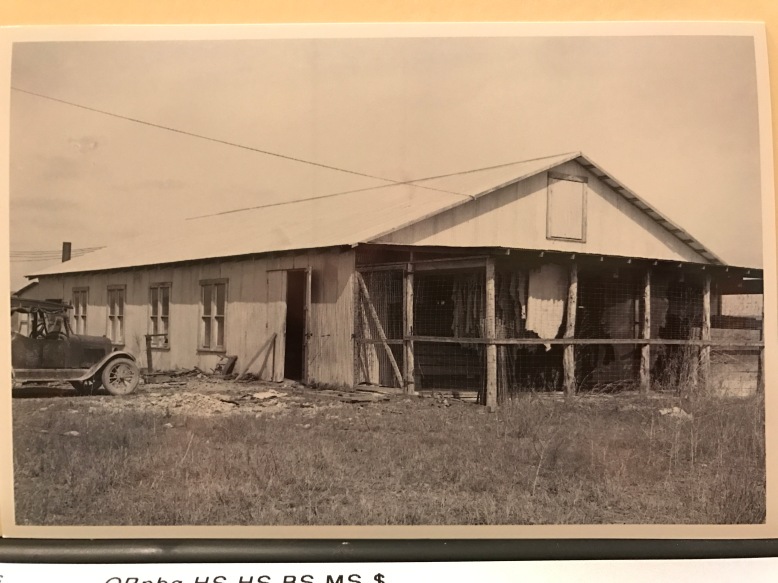 The Ludwig and Marglin tannery that burned down

Paula Cerna told many tales of Red and would always say, “That was Red, alright!” when mysterious things happened around the shop. Paul worked at Ludwig and Marglin Leather for over fifty years before passing away. Paul’s marble Ludwig and Marglin tooling block was made into his tombstone, per his request. “With seventy-nine years of history, I wouldn’t be a bit surprised if we had a ghost around the shop,” says Ludwig and Marglin owner Terri Cocanougher. “Luckily for us, Red is a friendly ghost.”

Ludwig and Marglin Leather representatives are available for interviews regarding this news. Contact Katherine Rose Watson (katierosewatson@yahoo.com, 972-489-7694) to coordinate.

About Ludwig and Marglin Leather

Ludwig and Marglin Leather Company is a full-service leather repair and custom manufacturing shop with a rich history. For seventy-nine years, Ludwig and Marglin Leather has held steadfast to the producing the highest quality leather goods right in shop (197 S. Sequin Ave, New Braunfels, TX 78130). The store is open Monday-Friday from 9:30am until 5:30pm, and on Saturday from 10am to 3pm. Ludwig and Marglin Leather manufactures for several industries including the ranching community, orthopedic braces, athletic equipment and even replicas for museums and period appropriate leather goods for the film industry, most recently the Roots miniseries. For more information, visit ludwigsleather.com or call 830-629-0540.

Connect with Ludwig and Marglin Leather

New Braunfels Ghost Tours is a historic ghost walk through downtown New Braunfels. That tells the spooky tales and history of the one hundred and seventy-two year-old town. Participants learn about ghosts, haunts, and murderous legends that would find in the history books. Ghost Tour tickets are $20 and Haunted Pub Crawl tickets are $30. For more information, visit nbghosttours.com.

"Kate Watson was a Godsend for Rockwall Summer Musicals in 2016. With short notice, meager budget, and almost impossible demands, Kate was able to customize a plan that fit our needs and budget. Kate opened doors for Rockwall Summer Musicals that we never thought possible, helping to elevate our status in the Dallas Ft. Worth Metroplex. Through Kate's professionalism and leadership, RSM met every marketing and publicity goal far beyond what we had imagined. Kate Watson is simply amazing....if you want your business to soar with new and untapped opportunities, allow Kate Watson to lead the way with her professional expertise, you will be glad you did!" - Katherine Bower, Rockwall Summer Musicals