The Addams Family Opens on Friday the 13th at Plaza Theatre!
Tickets to the Company of Rowlett Performers show are just $18. 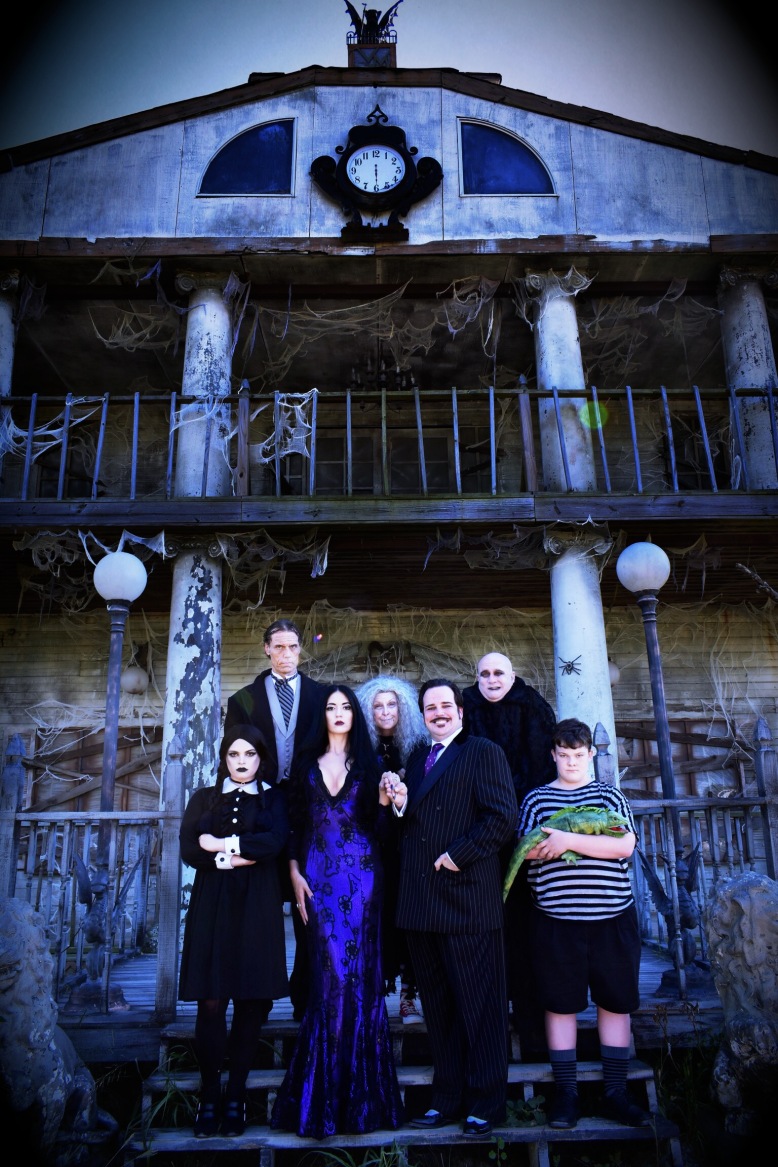 Garland, Texas – October 12, 2017 – Company of Rowlett Performers is proud to produce The Addams Family this October. With music by Andrew Lippa and a book by Marshall Brickman & Rick Elice, this snappy Halloween musical centers around Wednesday and her “normal” boyfriend as they attempt to seek approval from The Addams Family.

Company of Rowlett Performers is celebrating its seventeenth season and is delighted to produce The Addams Family for a fun Halloween date night. Column Award Winner Aaron Lett (Gomez Addams) will be joined by Megan Liles (Morticia Addams) and Coestte Lehmann (Wednesday Addams), as well as a strong ensemble cast and production team. Jason Bias directs.

About Company of Rowlett Performers

Founded in 2000 by Donna Covington, Company of Rowlett Performers strives to bring excellent theatre to the Dallas metroplex. Tickets are available at www.garlandartsboxoffice.com

Connect with Company of Rowlett Performers ROCKWALL, Texas – July 20, 2017 – As part of its 2017 season, Rockwall Summer Musicals will present Peter Pan August 11-20, 2017 at the Rockwall Performing Arts Center (1201 T L Townsend Drive, Rockwall, TX 75087). Tickets cost between $18-$22 and can be purchased at the Box Office or online at rockwallsummermusicals.org. Peter Pan features a live orchestra under the direction of Chris Widomski and extraordinary costumes custom made by Maureen Cruz for Rockwall Summer Musicals.

Peter Pan and his mischievous fairy sidekick Tinkerbell visit the nursery of the Darling children late one night and, with a sprinkle of pixie dust, begin a magical journey across the stars that none of them will ever forget. In the adventure of a lifetime, the travelers come face to face with a ticking crocodile, a fierce Indian tribe, the Lost Boys, a band of bungling pirates and, of course, the villainous Captain Hook. This high-flying musical is perfect for the child in all of us. Songs include Neverland, I’m Flying, Wendy, Never Grow Up, Pirate’s March and more.

Media tickets to the show are available. Contact Katherine Rose Watson (katierosewatson@yahoo.com, 972-489-7694) to request tickets and/or to coordinate a feature.

Rockwall Summer Musicals produces two Broadway-quality, family-friendly shows each year from June through August. Discounts are offered for churches, groups, and season subscribers. For advance tickets or more information on Fiddler on the Roof, Peter Pan, or how you or your company could become a sponsor of Rockwall Summer Musicals, visit www.rockwallsummermusicals.org.

Fiddler on the Roof Summer Camp

Rockwall Summer Musicals produces two Broadway-quality, family-friendly shows each year from June through August. Discounts are offered for churches, groups, and season subscribers. For advance tickets or more information on Fiddler on the Roof, Peter Pan, or how you or your company could become a sponsor of Rockwall Summer Musicals, visit www.rockwallsummermusicals.org.

"Kate Watson was a Godsend for Rockwall Summer Musicals in 2016. With short notice, meager budget, and almost impossible demands, Kate was able to customize a plan that fit our needs and budget. Kate opened doors for Rockwall Summer Musicals that we never thought possible, helping to elevate our status in the Dallas Ft. Worth Metroplex. Through Kate's professionalism and leadership, RSM met every marketing and publicity goal far beyond what we had imagined. Kate Watson is simply amazing....if you want your business to soar with new and untapped opportunities, allow Kate Watson to lead the way with her professional expertise, you will be glad you did!" - Katherine Bower, Rockwall Summer Musicals